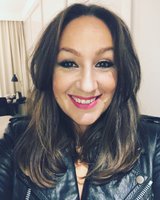 "Makeup, hair/wig and sfx is a magic way to create a character, a person whom we as an audience should believe in how ever normal or crazy him/her may look. And for me, as a makeup/hair/wig/sfx designer, to do a breakdown of a scritpt, get to analyze, do the research and to work close together with the director, the costume designer and the actress/actor is the best way to achieve the illusion we all want to create to make the best character and production ever."

Marina Ritvall has been working since 1996 as a makeup/hair artist and stylist in fashion and advertising and in theater, film and tv. 2003-2007 she lived in Stockholm and got a bachelor degree in make up/wig and sfx design from STDH, former Dramatiska Institutet, Sweden. And ever since then she´s been working as a makeup/hair/wig/sfx designer in film, tv and theater productions.